Strange how one socialism will flag "Guido" as a misspelling and another won't.
at May 30, 2016 No comments:

http://panelmonkey.org/html/willow-arcade.html
at May 23, 2016 No comments:

Two Years Ago, or More Precisely...

In 2002, you know what, that's a story for another blog. I only need to go back as far as 2009. I started making a daily pilgrimage to The People's Sprites, my favorite sprite site. That turned into every other day. Then once a week. Every other week. Once a month. Every other month. To about a couple times a year. Finally when ever I saw a link on someone's site I happen to come across.

In May of 2014 I was raiding the Internet Archive for sprites from dead sites to include in my sprite site, The Sprite Cemetery. I was on The People's Sprites trying to figure out how to mass download all the sprites when it occurred to me, I should check to see if panlemonkey.org is back. It wasn't, but this ad from GoDaddy was there:

(I despise GoDaddy. That's a story for another time.)

I couldn't resist so I looked into it. You can get a free account. That's a good selling point. It hooked me. To hire a negotiator was $70. There's a lot I could do with seventy dollars. That's a mighty fine couple of pizzas from my local pizza shop that serves the best pizza in the world. I've been around the world a few time so I know what I'm talking about. I thought “What the hell, why not? I mean what's the worse that could happen? The owner says no and I'm out $70.”

After a week or so I get an email from GoDaddy saying there hasn't been a response and they are trying again. A few weeks later with no response I pretty much gave up.

Madmartigan from the arcade version of Willow.

http://panelmonkey.org/html/willow-arcade-madmartigan.html
at May 16, 2016 No comments:

I try to maintain original intent as much as possible,
but sometimes I feel I need to step in and fix things up.
at May 09, 2016 No comments:

Turn a Video into an Animated GIF.

Programs you must have:

Additional programs you may want:

DVD Ripping software of your choice. (I prefer DVD Shrink.)
Freemake Video Convertor.
Export Layers plugin for GIMP
http://registry.gimp.org/node/28268
A GIF making program you like. Gimp does the job, but I like JASC Animation Shop better.

I found a mistake in the Back to the Future cartoon show that is so hilarious that I must post it to one of my personal blogs. It's in episode 17. 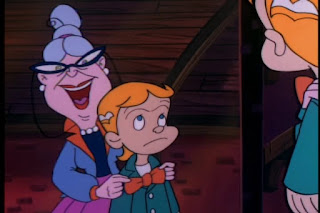 You can pretty much see what is going on, but an animated GIF would really make it pop. Normally I would use VLC and take snapshots every frame. This is exceptionally tedious. Unfortunately I have yet to find a program that can easily make an animated GIF from video, or just extract the frames I need. I have found a process that is long, almost as tedious as VLC, in fact can be very frustrating, but does work.

I already have the DVDs ripped. Now to import the episode to Freemake Video Converter to isolate the exact scene that I want. You only want to deal with the frames you need, not the tens of thousands that will be made if you don't edit it down.

Drag and drop the episode into Freemake and click the scissors to the left. 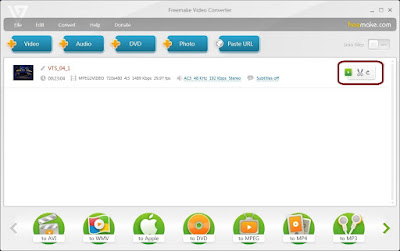 Now we have the video editor. For expediency I won't go through all the controls. In fact I'll skip to the scene. 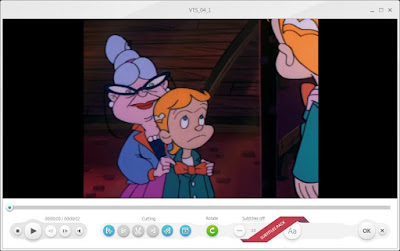 (The really nice thing about this editor is that you can easily step back a frame.)

Now to import to GIMP. 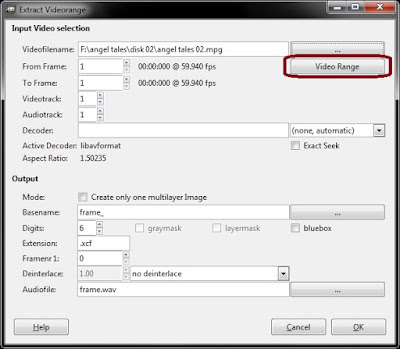 (I originally wrote another version of this for another blog.
Out of expediency (re:laziness) I'm not redoing this whole section for this blog.)

That will pop out and extended view. Take the slider marked in red and slide it all the way to the right. Then don't touch anything else on the right side. It's buggy and will mess up if you do.

Under the slider is a number. That is how many frames are in this clip. You need to input that number in the "To Frame" box. Next check "Create only one multilayer Image." Then click okay.


I don't really like the way animated GIFs look when made with GIMP, so I'll export all the layers as separate images to use in JASC Animation Shop. (An oldie, but a goodie.) Go to File and Export Layers, click the button oddly named “Export Layers,” take the slider for Compression level to zero and hit export. 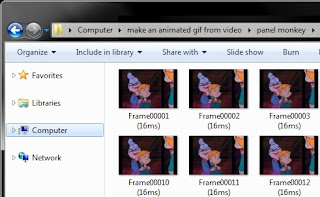 Now I will fire up JASC Animation Shop to make the animated GIF, but this has gone on long enough and I'll save that tutorial for another time.

http://panelmonkey.org/html/captain-falcon-by-bendilin.html
at May 01, 2016 No comments: